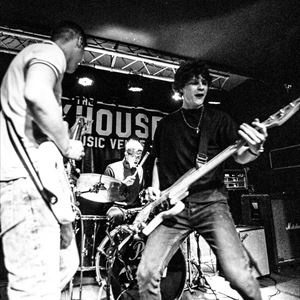 This event is for 18 and over - No refunds will be issued for under 18s.

White Riot take their tracks on the road for the first time in 2020 as they head to Swansea, Bristol, Doncaster & Middlesbrough in February. Shiny Vinyl Presents the Indie/Punk 3-Piece from the Steel Town of Port Talbot who have already released tracks born of a Working Class Youth Mindset such as Take Me Away & Ghost Town. They're latest release Anger is Energy reflects the current conversation amongst the Youth of the UK.

"Forged under the tall shadows of a town of steel, White Riot emerge as one of Wales’ most exciting acts yet. Hot melodies & controversial lyrics build the foundations for White Riot, while a shared passion and determination is what moulds them together. Taking centre stage with a ferocious array of musicality, White Riot are sure to be an act that smash the spotlight. A slick 5 track demo EP, ‘The Despair of Going Nowhere’ as well as two single releases has put White Riot on the frontline of the Welsh music scene, where they are now ready to bring it to you. Down your drinks and finish your fights, White Riot are on"

Support Acts yet to be announced